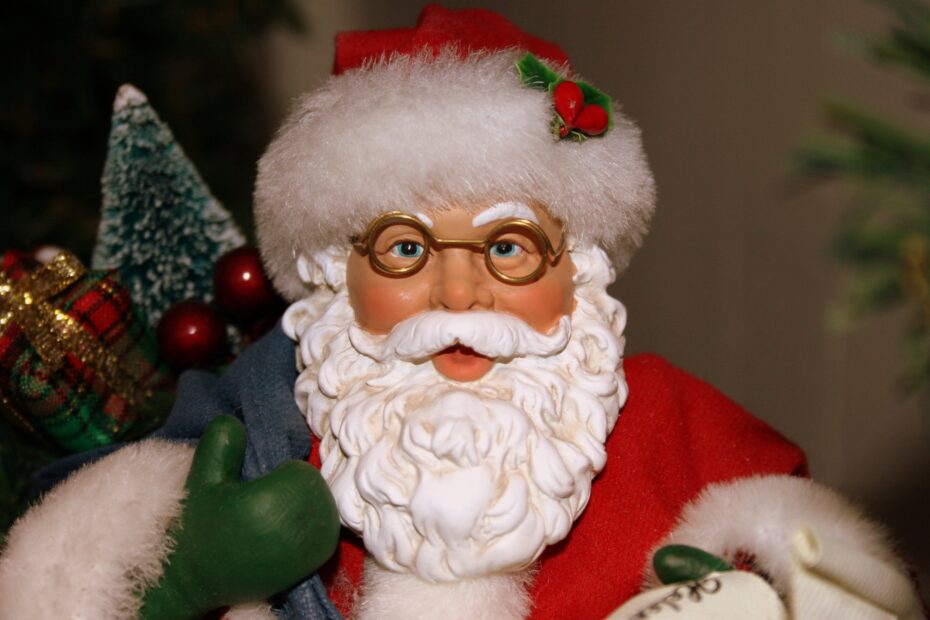 Would you like to have children adore you? Would you like songs written about you? Would you like legions of elves to do your bidding? If you answered yes to all of the above, you have a lot in common with Santa Claus. Even if you (gasp) don’t believe in Santa, it seems he’s sure got it made in the stories about him. People feed him cookies and let him waltz into their houses while they’re asleep. Not to mention that people apparently don’t even mind that “he sees you when you’re sleeping.” Santa is a pretty popular guy.

Now, some would say his popularity is just a result of his flamboyant generosity. Who could hate someone who gives out toys free of charge? The presents thing undeniably has a lot to do with Santa’s likability, yet there’s something more to it than that. Presents don’t make you let someone break into your house. Fortunately, since most of us don’t have the budget to give gifts to every child in the world, Santa has some other tricks we Dashing Galoots can emulate.

One of Santa’s most famous characteristics is his boisterous laugh: “Ho, ho, ho, ho.” While it would (probably) make you seem ridiculous to copy that exact laugh, there are aspects of it that will bring you closer to Santa’s popularity.

First, create your own iconic laugh if you haven’t got one already. Almost anything goes, as long as it’s natural – a loud belly rumble like the flight of a hippopotamus or a rhythmic tinkle like a free-styling hummingbird. This is not really the important part. Still, it would be best if you don’t choose an evil cackle or a maniacal laugh. That would be decidedly un-Santa-like.

Now, go use that laugh as often as possible. Whenever someone says something remotely funny, whip out your trademarked laugh and make them feel really special. The more the merrier, but also the merrier the more. Right? Obviously, this could get really obnoxious. This is why you laugh only at things that are remotely funny, not things that are not funny at all. Otherwise, you’ll come across as a flattering, obsequious sycophant. Or in other words, annoying. One good way to practice this is to laugh out loud every time you read something funny in this article. Clearly, you will have laughed an abnormal amount by the time you’ve finished.

To be completely serious, laughing more often will truly make you more likable because you will seem happier and more confident. Plus, laughter is a sign of approval to others when they are not being made fun of, which is why Santa’s chuckle is actually one more trick up his oversized red sleeve.

Close you eyes for a second (but also keep reading so you know what to imagine). Picture kids lining up to sit on Santa’s knee – the line stretches past multiple aisles in a bustling, festive mall. One young boy sits on Santa’s knee as Santa whispers something in his ear.

“Hey kid, this year I’d really like a Lamborghini-model sleigh, with the latest sound system so I can listen over and over to how I ran your Grandma over with a reindeer. I’d also like an Xbox because winters get long up north. And don’t let me forget that thick long underwear.”

Let’s be honest – a skinny Santa is no Santa at all. His stomach is a thing of beauty, a resplendent monument to centuries of enjoying himself at the annual post-gift-delivery celebration. The belly speaks to the powers of his metabolism that he can consume millions of cookies in one night. Without it, he would just be another slim guy conforming to modern beauty standards. Instead, he is his own form of beautiful.

This is yet another thing you can copy from Santa. Go out and enjoy some festive foods! Crunch the cookies! Have at the ham! Nargle the nog! Fitness magazines have got it all wrong when they say you want six-pack abs –Santa has lived longer than any of their writers. Having a large belly shows people you’re not afraid to have a good time. It shows them that you’ll enjoy their cooking. Best of all, it lets you give them extra-squishy hugs. You had better start munching those meat-pies!

I can’t promise that this will help you get free cookies, the adoration of every child, or a horde of elven servants. I will promise, however, that it will make those things far more likely. Get a good laugh, listen to people, and pack on some pounds, and you’ll be well on your way to becoming as popular as Santa Claus.