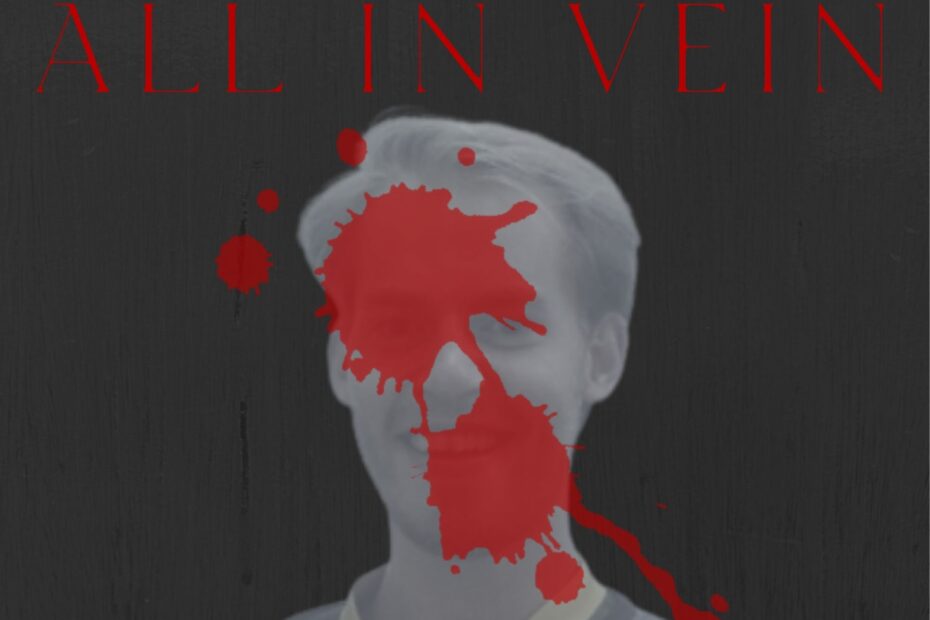 I was running low on cash flow. Believe it or not, my writing has not made me fabulously wealthy. However, I was not desperate enough to take the path of earlier desperate writers and get high on laudanum, yet. Instead I decided to sell my bodily fluids.

I had been adamantly against plasma donation in the past. It probably would stunt my muscular growth! And for what medical purpose? Feeding vampires?

[Side conspiracy: blood drives and plasma donations are how modern vampires feed. IT would be far too obvious in the digital age if people’s necks showed up with bite marks, so now they have needle marks. Wealthy vampires can easily afford donors, and modern technological advances have allowed them to select the juiciest O-‘s around. I don’t actually believe this. Probably]

But my desire for more dough overrode my concerns. I went to a website to sign up, and scheduled my appointment for the next Friday.

I pulled up to the plasma donation center on a gray September day. The wind gusted ominously as I sauntered to the entrance early that Friday morning.

But the doors were blocked off! Caution tape was wrapped around random signs stuffed in the doorframe. Parts of the wide frame were bent askew, and a mustachioed man stood peering at it with his hands on his hips.

“What happened?” I asked.

“Someone drove through the doors last night,” he answered.

I peeped in through a crack. Sure enough, debris was scattered on the floor almost 50 feet in. Papers, desk fragments and other odds and ends were everywhere. A bull in a china shop is bad, but a Prius in a plasma center is worse.

Obviously, they weren’t taking visitors. I trudged off and went to Wal-Mart.

A week later they were still closed, so I had to wait two Fridays before I returned. But it would be a glorious return, I determined. I would plasm like no plasmer had plasmed before.

At 7 a.m. sharp I headed for my tiny gold Saturn, 3 eggs in my stomach and all my personal info tucked in my elbow. Social security, driver’s license, proof of current address; I hurried through the light drizzle with all of it.

As I drove, I turned my CD player on to Lesson 7 of my Chinese course for the third time. 我想喝一点茶 – I would like to drink a little tea (no, I wouldn’t my bladder is about to burst). The informative email had told me to hydrate, so I’d had a couple water bottles already that morning.

I found a parking spot, Mandarin droning in my ear. I steeled myself for the grim blood-sucking that awaited me. Then I snatched up my files and waltzed into the center.

Yadda yadda yadda take my name take my address take my fingerprint wait what? Before I processed that, they shoved some Oreos and bottled water at me.

“You can eat these before or after donating,” said a nurse slightly older than me who looked to have eaten a bowl of stale Cheerios that morning. I eyed her suspiciously and took the bribes.

She then ordered me to roll my sleeves past my elbows. I was only too eager to oblige and display my nicely tanned forearms.

She grabbed one and started sullenly prodding it. It would have felt strange had her face not made it clear that she’d rather be poking the tip of a poisoned lightsaber. Whatever she found in my arm did not make her happier.

She indicated for me to sit on a cross between a typical doctor’s office bed and a beach lounge chair. I did, and she took my blood pressure. I guess poking my forearms hadn’t been too bad the first time, because she then did it again.

“I’m gonna need a second opinion,” she muttered. Soon she had summoned someone less young and less crabby than herself, who also proceeded to probe my arms with her fingers.

The newcomer then turned a mournful gaze toward me. “We’re going to have to send you home. Your veins are too small.”

What?! They not only don’t pay me, they shame my masculinity too? I looked at my arms. Maybe they were right. Maybe my veins are tiny.

As consolation, the doctor held up a fat needle. “This is how big the needles are,” she said. “We don’t want to cause a lot of bruising trying to force it in.”

Yeah, yeah, yeah. The vampires knew I was onto them. As I scuffled out, a different nurse had me scan my finger again. “You sure have a lot of my personal info, now, don’t you?” I asked.

“Don’t worry, it’s locked away now where I can’t access it,” she reassured me. I think I saw the hint of a smirk on her face as I left.

Now what bathroom was I supposed to use? Ah, of course. Wal-Mart.

Driving away, I realized they hadn’t gotten rid of me unscathed. I smiled. Those suckers let me take their Oreos. I chomped on them, understanding why someone had driven through their front door.

4 thoughts on “All in Vein”