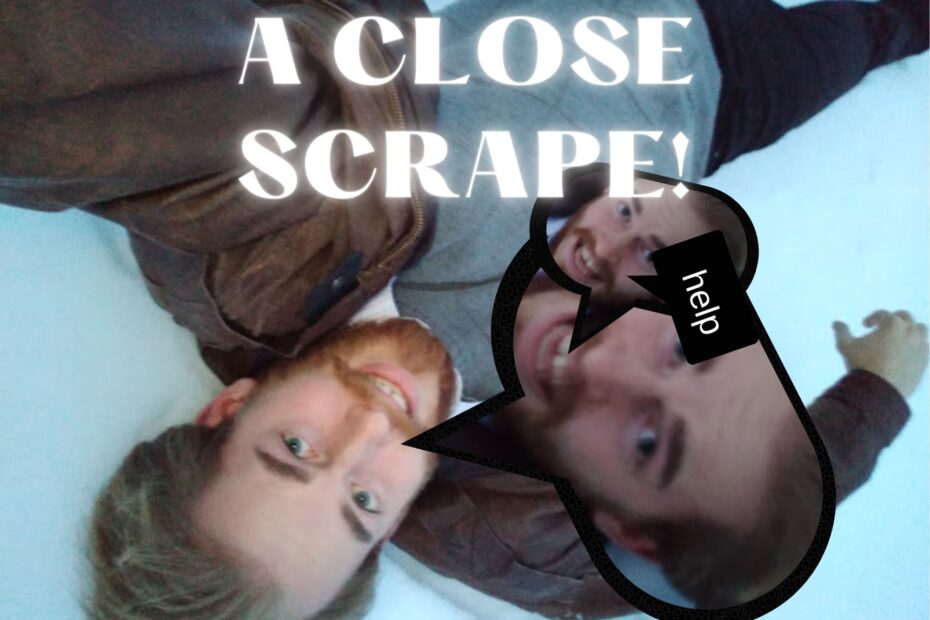 I was late. I hurried out the door, lunchbox, water bottle, and bag in one hand – then I stopped. The hill I usually would shortcut across was snowed over. My old tracks had disappeared in the fresh powder. Blimey. Time to start a new path.

I gingerly stomped a new path into the snow. The small parts of my Vans that weren’t packed with foot were now packed with snow. No time to clear it out.

I skidded down the road to my car. It looked like Frosty the Snowman decomposed on top of it. Thick layers of ice and snow, plus more surrounding the vehicle. The plow, thinking to properly bury Frosty, had pushed up a drift deeper than my knee.

I was woefully unprepared to unearth this grave. I had no shovel, no sand, and a scraper barely longer than my forearm.

I placed my gloved hands on my hips and heroically looked off into the grey sky. This was a job for The Dashing Galoot.

I checked my watch. If I could clear this mess in 5 minutes, I’d be on the road in time for my internship. I leapt into the driver’s seat, flinging flakes into the car. My 22 year-old Saturn coughed once, twice, then rumbled to life. The heat blasted fumes onto my icy windows.

I dove back out of my car and grabbed my scraper. I maniacally flung it back and forth, spewing snow as my car’s carapace emerged. I moved on to its surroundings.

Jackie Chan couldn’t have attacked drifts better. I kicked, swept and lunged with my soggy-socked foot. Soon a path grew in front of my vehicle.

I hopped back in and thrust it into Drive. Time to go. Vrrrr…. I stomped on the gas. My speedometer said 35, but the parked SUV in front of me seemed just as close. I went back. I went left. I went right.

Well, to be fair, I went nowhere except a couple feet backwards down the hill towards an innocent little red car, but I sure tried!

I kicked more snow away. I pumped the gas harder. Nothing. Beneath the snow was an inch-thick slab of ice I had parked on. My wheels were spinning worse than an overeager salsa dancer.

This is where I broke down and wept. A quarter of an hour of trying and all I had to show for it was two feet’s progress towards osmosis with the red car behind me. I rubbed snow on my face to enhance my tears’ moistness. I beat my chest and wailed.

NOT. A Dashing Galoot does not weep when his car gets stuck. He waves down the next driver to solve his problems for him.

A lady of undecipherable age in a beanie rolled down her window to make sure I wasn’t just being friendly, then pulled over and got out.

“I just need you to put it in neutral while I push,” I said. She did her part. I did not do mine. I had forgotten I’d be pushing on a slab of ice up a hill – my feet had no traction.

“He he.” I nervously grinned. That didn’t work. “Do you want to try driving it out?” I asked.

Nothing happened. Well, other than her shock and terror when my car loudly clunked into reverse. “My car just does that,” I explained. She didn’t seem reassured.

“I have to go teach a class,” she said. Wut?? She was a professor? “Maybe Campus Safety could help you,” she added.

I hadn’t thought of that. I thanked her a lot as she left, then called Campus Safety.

Scott answered. He seemed cool. I told him where I was. He said he’d come.

Great. Maybe Scott could save me. I sent my boss a forlorn message saying I’d be late. Then I walked in circles around my car. Fortunately, it was about 20˚, not even cold enough to zip my coat.

I turned to see a Campus Safety snowplow zooming past! I waved. He waved. He drove past.

Then he did a u-turn and came back. “Some lady told me there was a student who needed help out here,” he said.

He handed me a shovel and we started digging away more of the snow. Suddenly, another Campus Safety vehicle appeared, lights flashing. A sturdy dude stepped out, and a toothbrush-mobile showed up and cleared out even more snow.

“Are you Scott?” I asked the sturdy, uniformed dude. He nodded, and we shook hands. It was good to have a bro moment in a time like that. “I really appreciate you coming out here to help.”

They laid some sand down in front of my car. I started it up and easily drove off, yelling, “Thank you!”

There isn’t a point to this story. There are seven points.

A Driving Crash Course: Your Mind Will be Shook Just Like the Wall

Dashing Through the Snow (with Murderous Intent)

1 thought on “A Close Scrape!”