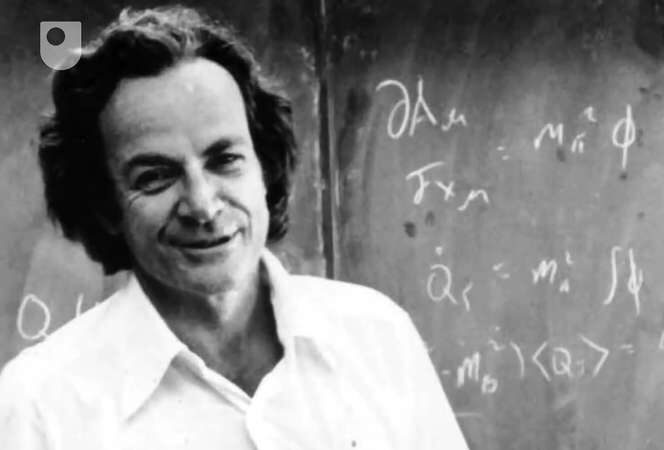 Richard Feynman knew how to follow his heart; he won a Nobel prize for his particle theories. But he was just doing what he loved to do since he was a kid- exploring science!

In his book, “Surely You’re Joking, Mr. Feynman” he makes it obvious why. As a kid, he loved fooling around with electronics in his room to the point where his mom would boot him outside. But soon his revenge would come.

Dick made a little contraption out of a battery and a bell that he rigged up to his door. His parents came to check on him that night, and slowly opened the door-

His parents were quite… alarmed.

Dick, on the other hand, leaped out of bed cheering, “IT WORKED! IT WORKED!”

His enthusiasm didn’t let up in college. One day during a large lecture with over a hundred people, his professor hyped up a hypnotist who would perform for the class. “He’s gonna need 3 or 4 volunteers,” the prof said.

Richard desperately wanted to be hypnotized. Entranced, he sat on the edge of his chair ready for when the professor would ask for the volunteers. He was in the back, so he would have to be loud to be noticed.

“MEEEEEEEEEEEEE” Richard yelled as he leapt out of his chair.

Everyone was looking at him.

He was the only one up.

Quite mortified, he sat back down, but he did get hypnotized later.

Well, making the burglar alarm yourself isn’t too hard. Change your ringtone on your cell phone to a loud alarm. Slip your phone into your friend’s hood, then hurry up to your room. Ask beforehand to call you when they arrive. Listen at the door and enjoy!

The other galooty point is that you must channel all of your kindergarten-like enthusiasm to be great like Richard Feynman.

At dinner: “Who wants the last piece?”

Job Interview: “Why do you want this job?”

At church: “Take a moment of quiet reflection, please.”

Hey, Richard Feynman must have been doing something right. Get enthused for what you care about! Jump up for what you’re passionate for! Go for what’s MEEEningful to you!

Don’t forget to subscribe to stay in touch… digitally, not physically.