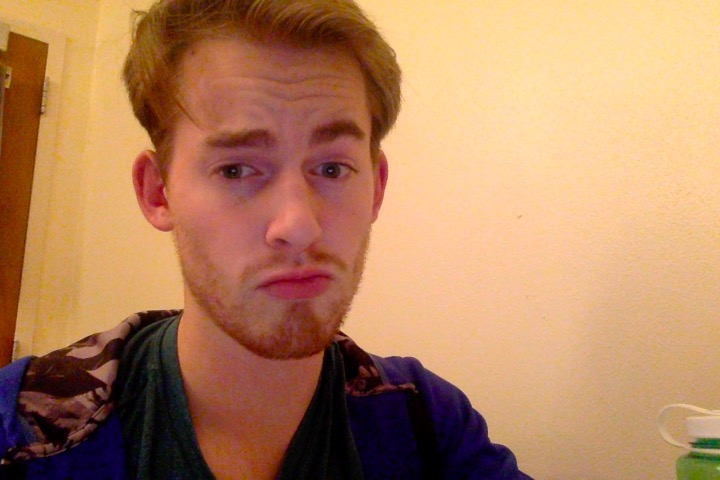 With this article, I decided to take a different approach. Although it has plenty of helpful suggestions to live life more like a Dashing Galoot as you’d probably expect, there’s also a little bit of a thoughtful side in this one. It’s less goofy than usual, but still written by the same Dashing Galoot. In it I discuss curiosity and the impact changing some of my habits had on my curiosity.

What is the strongest impulse in humans? Is it love, with its powerful passions and unescapable urges? Perhaps it is ambition, which drives people to use each other as footstools reaching for the peak of the mountain called greatness? Both are indubitably important, but I think curiosity trumps them both.

Think back to the Garden of Eden. Eve stood before the forbidden tree, innocently discussing the merits of having a little snack with a talking snake. Of course, the snake was no ordinary snake and knew exactly where Eve’s weak spot was – her curiosity. Eat this fruit, and you will know good from evil just like God, the snake said. He tantalized Eve with the promise of knowledge that God was keeping from her, and as you probably know Eve went for a snack that (she thought) was more brain-healthy than avocados. The first sin was caused by curiosity.

Curiosity stills haunts humanity today. The modern smartphone uses many tactics to ensnare users, but its most potent is curiosity. Will the next TikTok I see be a dancing purple cow, or something better? What’s in that snap that Bob Glob sent me? Will I really be shocked by the top 10 reasons why I should force-feed my friends kiwi?

I hadn’t realized exactly what my phone was doing to me until I managed to get off of it. Towards the end of last year I was averaging nearly 2 hours a day on my phone. This, in my opinion, was far too much. I decided I had to stop because I felt I was wasting too much time, but that wasn’t the only negative effect those daily 2 hours had on me. I made a New Year’s resolution to cut my phone time below 45 minutes a day. Certain functions like texting and calling didn’t count towards my total, since I didn’t think I should feel guilty for talking to my mom. Staying in touch with your mother is a top method to stay Dashing. I used a helpful app called StayFree that tracked my usage time for me. It had some helpful bonus features like not counting time on apps I chose like Messages and Phone, and it also had a widget for my home screen that reminded me of how much time I had spent on my phone each day already.

Fast forward nearly three weeks to the present – I’ve cut my phone time down drastically. One of the unexpected benefits of this change is the mental shift I’ve had. When I spent times like that quick lunch by myself or the empty 5 minutes before class without my phone, I had to sit and think. I kept having interesting ideas, and I would think of exciting things I wanted to do. Some of my thoughts have been pointless wanderings, but others are downright philosophical (hence this article). I felt more creative. I felt driven. I wanted to make things happen. Putting down my phone let me reclaim my curiosity.

At what point had that gone away, then? Why did I need to rediscover that part of myself? I remembered the feelings I had last year where I’d impulsively explore my neighborhood or write silly articles about my adventures. What had happened to that guy? Somewhere in between I had become passive.

How did the Dashing Galoot become passive? It barely seems possible. The reason, I think, is that I became a consumer. There’s nothing wrong with enjoying a story or the greatest blog on the internet, but at a certain point for me the consumption robbed me of my curiosity. Instead of searching out whimsical answers or creating blog posts that find meaning in meaninglessness, my curiosity was being satiated by media. I read news articles galore. I googled every question that popped into my head. I watched pointless videos. I played online games and read fictional stories. In moderation, those are pleasurable and can teach things, but our curiosity is limited. When it is constantly gratified by the immediacy of the internet, we have no curiosity left to explore everything physically around us.

It takes a lot more curiosity to be creative or to go on an adventure than to click on a link, but the higher starting point makes a bigger splash at the end. When I started writing this, I had no idea I’d be saying what I did. When I started wandering around my campus, I never thought it would become this other article. Clickbait and TikTok can’t provide the warm, fuzzy feeling these things can.

Curiosity is extremely powerful. It controls how you spend a large portion of your most valuable resource (your time). When you have spare moments, what will your curiosity lead you to choose? An instant gratification of your curiosity through addictive technology? Or a liberal exploration of some aspect of your life that will enrich your future?

How to Look IRRESISTIBLE