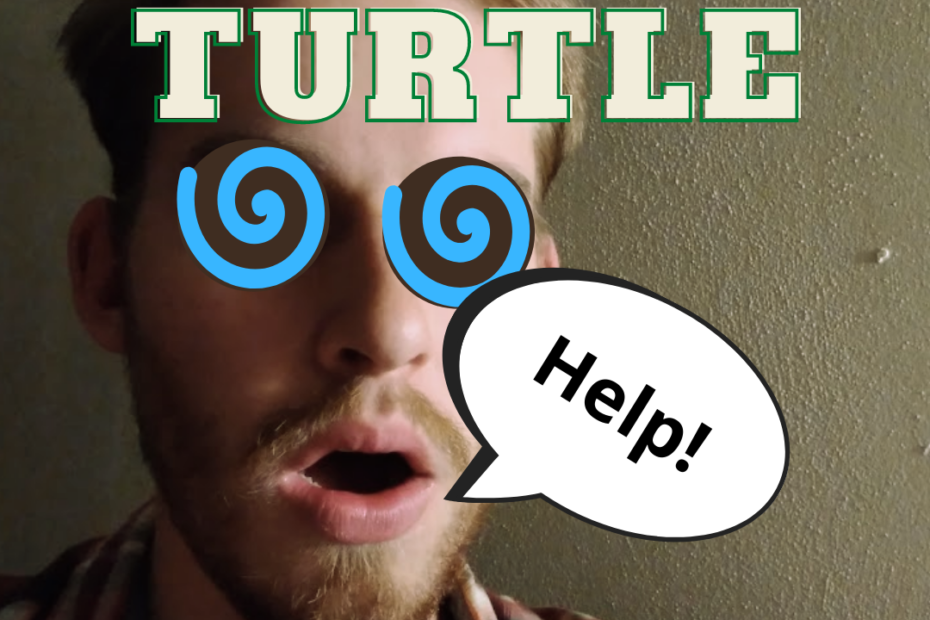 I swam back down the tunnel for the seventh time. I pushed the lever, moving some doors around. I turned the wheel to increase the water level, and the corridor silently filled with gushing liquid. I hastily splashed towards the nearest air pocket and burst out of the water, gasping frantically.

I wasn’t actually swimming. All the action was taking place on the screen of my computer, and the only water around was what was in my half-empty water bottle. That didn’t stop me from being utterly engrossed in the action. I leaned forward, neck bent like a hunchback, peering for clues as to what I should do next.

Frustration was boiling up inside of me. I was really getting stumped by an online computer game from the mid 2000s? How much more of my time was I going to spend swimming back and forth with a pixelated ninja?

At least a little more!

I swam back again, repeating a maneuver I had tried three times already. Push the lever, turn the wheel. Swim upwards to maybe not get trapped and forced to retreat this time. My breaths quickened and my hopes were raised. I clicked. And I failed again.

I knew I had to master the game. I also knew I was getting nowhere. Abruptly, my fingers stopped twitching and my eyes widened as I had a realization. As long as I continued to play this technological antiquity, I would have to play by its rules. I would win when it said I won and lose when it said I lost. The only way to beat it was to stop playing. So I force quit my browser, furiously spamming the keys before I changed my mind. One Point: Jonas.

Then I saw my watch and the room seemed to spin around me just a bit. That was not at all how I had planned to spend my afternoon. I wanted to read a book. I wanted to get outside. I wanted to write a Dashing Galoot article to apologize to my subscribers for slacking last week. But here I was, slacking again. What a failure.

I had been telling myself I didn’t write an article last week because I was “too busy.” I was busy, that’s true, but I certainly could have done some writing. It was just the accumulation of poor time management choices that had slowed me down. Watching videos, playing mindless games, and general lolligagging were the real reasons I was where I was.

Cognitive dissonance had just been trying to convince me otherwise. See, Cognitive Dissonance Theory hypothesizes that when we do things that don’t align with our values or make sense, we subconsciously come up with reasons to justify it. For example, maybe I make fun of a friend, but tell myself they enjoyed it and needed to hear what I was telling them.

Or if I eat six donuts in a row, but think, “That just means they’ll go straight through, right? Surely one more won’t make a difference at this point. Anyways, seven is a better number than six.”

I had been unknowingly rationalizing my poor choices. Instead of taking measures to correct my future behavior, I was just blaming my shortcomings on busyness. Instead of doing something I’d actually rather be doing, I’d tell myself I just needed a break.

The thing is, that was partly true. Maybe I did need a break. But the most fulfilling and relaxing kind of break wasn’t going to come from the addicting, dopamine-spiking activities I was choosing. If I had taken a second to think, I would have realized that I would have preferred doing other things. I would much rather do some thoughtful writing or imaginative reading than the mindless activities I was choosing. I would much rather have adventured under the beautiful blue sky than on the LED screen on my desk.

So what was I thinking? Why did I make those choices?

I think it has to do with momentum. Consider a large, spherical turtle. If it’s on top of a hill, it’s going to be a lot easier to push. In fact, with a nudge it might start rolling uncontrollably.

On flat ground, it’s a little harder to get the turtle started, but you can better control where it’s going. You can avoid the cute little hedgehogs in your path instead of squishing them while the turtle rolls maniacally down the hill.

The same thing goes with time management choices. There are a lot of options like the turtle on the hill, especially if you have internet access. It’s easy to start scrolling through content, but it’s a lot harder to stop, and you might squish some hedgehogs along the way.

On the other hand, fulfilling activities are more like the turtle on the flat ground. Sometimes it even feels like going uphill. Creating something or reaching out to a friend takes a lot more effort up front but will leave you with a much more satisfying end result. The turtle will go where you want it to.

Look, it’s not easy to choose the flat-ground turtle. It’s even harder once you’re used to rolling downhill. It’s worth it, though. You don’t want your life controlled by online games from 2005 with bad graphics. You want to direct your life to where you want it to be.

The hardest part is starting to roll. Starting this article was tremendously difficult, but now I feel great. I found my turtle and I started pushing. Will you?

2 thoughts on “Push the Turtle”