Which Reindeer Are You? 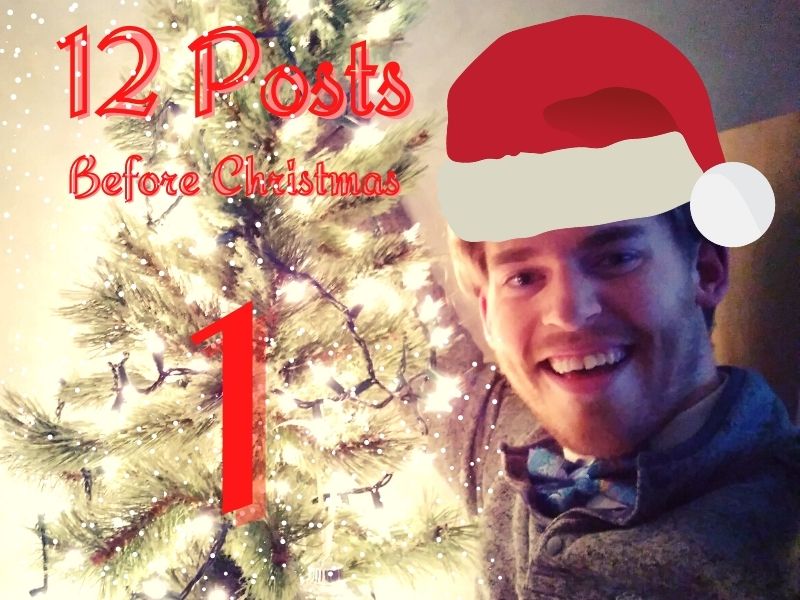 Reindeer can be Dashing Galoots. But more importantly, Dashing Galoots can be reindeer. I have thoroughly psychoanalyzed each reindeer’s personality, and all you have to do is decide which one is most similar to you.

(This is far superior to Buzzfeed quizzes because I wrote this taking a break from studying psychology, hence it’s extremely accurate)

The supreme Dashing Galoot, Dasher is the most dashing of them all. If you’re Dasher, you love looking really good. But even more than that, you just like to turn heads. Whenever you fly by with your reindeer magic, people can’t help but turn and whistle in awe.

On the flip side, you just can’t seem to slow down. You’re too occupied in your bustling activities to find time for yourself to slow down a sip a cup of hot chocolate on the couch while hanging a knitting project from your antlers. That scenario is unimaginable for a Dasher. It’s all go go go for you.

Dancer always seems to float on by, effortlessly. A Dancer never really seems like they’re trying. They just waltz through life, making everything seem easy, until voila! They die, and that didn’t seem so hard either. Of course, death aside, a Dancer never takes things too seriously and moves through life like a summer breeze.

However, that light-heartedness can be a liability sometimes. When the weather gets too feisty, a Dancer will just say, “Let’s go anyways! Red flashing noses be darned! Full speed ahead!” This can sometimes be dangerous.

Prancer always seems to be making a show out of life. If you’re a Prancer, you can’t help but entertain. The North Pole is to small a stage; Prancer extends his horizons by going on frequent trips around the globe. One can’t help but laugh when someone as fun as Prancer is around. Prancers are usually the life of the party!

On the other hoof, Prancers usually can’t stay still. They fidget and squirm and have a hard time staying quiet. This can be annoying for all the elves hard at work, because Prancer will occasionally come bounding through the work area knocking toys left and right.

Vixen is chill. Most people could be in a North Pole blizzard, under 20 feet of snow and a glacier and Vixen would still be cooler than them. If you’re a Vixen, you always bring the calm to your surroundings. Nothing seems to faze you. Life just rolls off you like an avalanche.

But sometimes this means that Vixens are a little too quiet. Instead of speaking up, they might find themselves in a corner or behind the other reindeer. While this might present some good eavesdropping opportunities, it also might feel a bit lonely.

Comet is the most unpredictable out of all the reindeer. Fortunately, I can predict him, so I’ll tell you what he’s like. You never know what you’re going to get from him: one day it might be a kick in the shin and the next he’ll be nuzzling your chin. If you’re a Comet, you’re a true Galoot: no one knows what’s coming next.

One day you might be EggMogging people, the next you’ll be curled up in a ball bemoaning modern-day civilization and using Christmas lights. It’s all part of the wild ride of being a Comet.

Ah, Cupid. A lovebird just like his namesake. No reindeer is more romantic than Cupid. He knows the perfect icebergs for a dinner date and all of the best leaves to nibble together. If you’re a Cupid, you can hardly keep the suitors away – and you don’t want to! It’s all part of the fun.

Cupids can have a hard time having platonic friends, though; partly because everyone just falls for them. They get too caught up in romantic whirlwinds and forget about their other friends. They could probably use the advice in this article.

Donner got his name because whenever something dramatic would happen, he would say, “DON DON DON!!” It added to the suspense for a while, but then it got kinda annoying, hence the nickname. Donners love anything dramatic. They don’t necessarily have to be a part of the drama, but they can’t stop watching it unfolding. They love movies, but seeing it happen in real life is even better. Still better yet is being able to pull some strings behind it all, like a master director.

Sometimes this can get on people’s nerves. Vixens can have a hard time with Donners, because they just want Donner to chill out! The continual suspense and drama can be too much at times, but Donners are usually a blast thanks to all the excitement they bring!

Blitzen is a master of strategy and highly logical. He usually leads the games with the other reindeer and likes analyzing the fastest path Santa can take to reach each house most efficiently. Blitzens usually love deduction, arguments, and strategy games. They’re also usually intelligent and witty.

This can seem a little dry sometimes to the other reindeer. They’d rather just let loose and have fun instead of comparing strategies. Still, Blitzens are clutch to have around in a tight situation, since they can usually find the best way out!

Rudolph has a pretty bland personality. There was a reason the other reindeer wouldn’t let him play in their reindeer games: he was boring. Rudolph simply wasn’t that fun to be around until his nose made him a big shot. Then, of course, he coasted on his celebrity status, and the other reindeer had to put up with him and pretend to like him. I hope none of you are Rudolphs.

Which one are you? Leave it in the comments below, and let’s see who’s the most popular!

Why I’m Not Funny Anymore

1 thought on “Which Reindeer Are You?”